To share your memory on the wall of Kathleen Schmitz-Hertzberg, sign in using one of the following options:

There may be a delay while processing. Please do not click the back button or refresh while a payment is processing.

Your donation has been processed successfully

Provide comfort for the family of Kathleen Schmitz-Hertzberg with a meaningful gesture of sympathy.

Kathleen was born in England on the 16th of February 1916 to Frank and Edith Brookhouse. She became a member of the Society of Friends through the Stafford Friends Meeting in... Read More
Brief Biography of Kathleen Schmitz-Hertzberg (nee Brookhouse)

Kathleen was born in England on the 16th of February 1916 to Frank and Edith Brookhouse. She became a member of the Society of Friends through the Stafford Friends Meeting in England and studied at Woodbrooke, the Quaker College in Birmingham, England.

In 1938 she went to Germany to study the language in preparation for service at an International Quaker Centre for Reconciliation. Whilst in Germany, she visited German Quaker families marginalized under the Nazi Regime and Jewish people persecuted and endangered by the Nazis. With the support of Stafford Meeting and Woodbrooke College, she was able to assist a few families and individuals of Jewish origin to leave Germany. Back in England in January 1939 she wrote an account of her travels and experiences in Germany for Woodbrooke College and Friends House, London. (CFHA Journal http://cfha.info/journal74p1.pdf)

On return to England in 1939, she worked as a case-worker on the Quaker Germany Emergency Committee to assist people endangered and persecuted by the Nazi Regime to emigrate. This work had to be suspended when war was declared in September 1939.

During her stay in Germany, she met and became engaged to a German medical student, (Friedrich Schmitz-Hertzberg) an opponent of the Nazi regime whom she met at a Quaker gathering. He visited England in 1939 shortly before war was declared, but returned to Germany to complete his medical degree. He served as a doctor on the Russian Front up to the siege of Leningrad and back to East Prussia where in 1945 he was captured by the Russians and was a prisoner of war for over four years in the Soviet Union as far east as the Ural Mountains.

In England during the war, as a Young Friend and pacifist, Kathleen trained in non-violence and in the Friends Ambulance Unit. During the Battle for Britain, she worked in air-raid shelters, and in the evacuation of the homeless. Until the end of the war, she worked as a social worker for mainly Jewish refugees from the continent.

At the end of the war in 1945, she worked at Friends House in London, England on the Germany Desk at a time when British Friends were re-connecting their fellowship with German Quakers and taking up pre-war and fresh-contacts. In 1947, she was appointed to accompany a senior Friend to pay the first post-war visits to German Quaker Meetings on behalf of London Yearly Meeting of the Society of Friends. Whilst in Berlin, she attended the Congress of the Free German Youth (Community) held in Meissen, East Germany, bringing the first message of goodwill, peace and friendship to the young Germans assembled there. From 1948 to 1949, she did relief and reconciliation work for the British Friends Service Council at the British Quaker Centre in West Berlin during the Russian blockade of that city.

The war and Fritz’s capture by the Russians separated the engaged couple for ten years. They were miraculously reunited in 1949 and were married at the Quaker Meeting House in Stafford, England December 17, 1949. They lived in Kassel, Germany while Fritz completed his final medical certification. In 1951 with their small daughter, (Evelyn), they immigrated to Canada where Fritz Hertzberg practiced medicine in Pickering, Ontario, for forty years. It was there that their two sons, Andreas (1952) and Martin (1955) were born.

Since coming to Canada both Kathleen and Fritz were active in the life of the Society of Friends in Canada. They were members of the Toronto Monthly Meeting. Fritz Schmitz-Hertzberg died on December 2, 1993.
Kathleen was chairman of the Canadian Friends Service Committee for seven years (1965-1972). She attended Canadian Yearly Meeting CYM every year from 1952 until 2008. She was a representative of Canadian Yearly Meeting on the (international) Friends World Committee for Consultation. She attended the 4th Friends World Conference and Triennial Gatherings. She represented Canadian Yearly Meeting on the Canadian Council of Churches for ten years, attended the sixth assembly in Vancouver and participated in other ecumenical groups. In 1990, she received the Ecumenical Award from the Canadian Council of Churches.
She worked for a number of years in the Ajax-Pickering community in developing much needed social programs, such as Community Care and a local branch of the Red Cross.
Kathleen was always interested in Quaker history and was co-founder of the Canadian Friends Historical Association in 1972.

She and Fritz as part of the New Foundations Fellowship movement sought to study and renew the original message of George Fox and the Early Quakers and its relevance for Quakers today. For seven years, they organized annual international NFF Quaker seminars at Camp NeeKauNis, (the Quaker Camp on Georgian Bay, Ontario).

In 2002 she delivered the Sunderland P. Gardner Lecture at Canadian Yearly Meeting entitled “Doing the Work: Finding the Meaning.”

Kathleen enjoyed family and visits from her grandchildren. She called her home in Pickering her “Demi Paradise” after Shakespeare’s Richard II. She used this as the title of her memoirs. http://www.blurb.ca/b/3743889-from-my-demi-paradise-memoirs

Kathleen was a very active, determined person and was able to live on her own in her home in Pickering until she was 100 years old with help from family, Community Care , and Jim Adamson her neighbour and friend. In 2016 she moved to Parkview Long Term Care Home in Stouffville where she was lovingly cared for. It was there that she died peacefully just three weeks shy of her 103rd birthday.
Read Less

To send flowers to the family or plant a tree in memory of Kathleen Margaret Schmitz-Hertzberg (Brookhouse), please visit our Heartfelt Sympathies Store.

Receive notifications about information and event scheduling for Kathleen

By subscribing to updates, you will receive any notifications sent about changes to service schedules or other important information

Please add your text number or email address before submitting.

You have successfully been subscribed to notifications!

You will receive any future notification messages.

Provide comfort for the family with a meaningful gesture of sympathy.

Show you care by sending Flowers

We encourage you to share your most beloved memories of Kathleen here, so that the family and other loved ones can always see it. You can upload cherished photographs, or share your favorite stories, and can even comment on those shared by others. 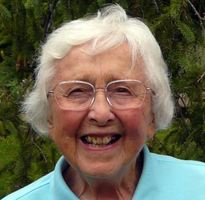